He took his stick in his hand and chose for himself five smooth stones from the brook, and put them in the shepherd’s bag which he had, even in his pouch, and his sling was in his hand; and he approached the Philistine. (1 Samuel 17:40) 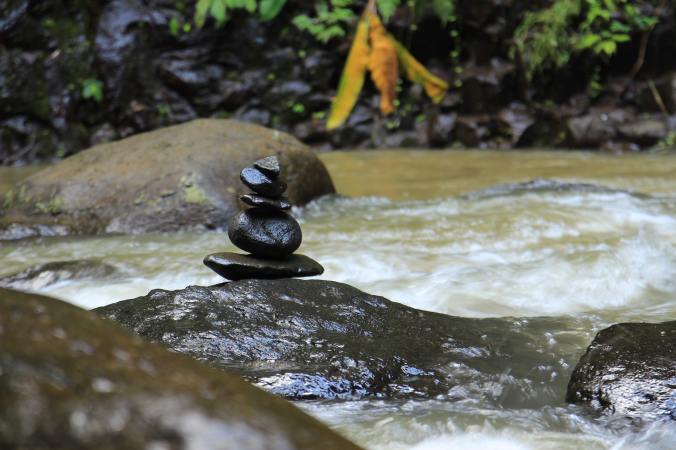 Reading the Word of God is so refreshing and insightful. There is so much packed in the Basic Instruction Before Leaving Earth that sometimes I just am in awe when I think of those that the Holy spirit inspired to weave the pages together

The story of David has always been one of those that I was drawn to. So many principles that can be applied in our daily lives. When I reflect on the account found in this story, I feel empowered to think: little faith leads to great victory and big faith means unstoppable.

What made David so confident that he was able to defy the odds, emerging victorious in the battle with Goliath? Was it the fact that he was a skilled warrior back on Jesse’s sheep ranch? He had proven himself by killing a lion and a bear. Was that enough for him to feel qualified to defeat this enemy? Or was it something deeper that compelled him? Did he feel there was no way to allow anyone to talk about his God? Perhaps, he knew it was a testimony for the living God to be magnified.

This morning while in prayer with the Lord, this verse took on new meaning. I am usually not one to share when I am in a spiritual battle. However, I felt led to share that there has been a Goliath facing me in my mind. No, it is not a physical giant but oftentimes it can feel like one. The giant of doubt. The thoughts or feelings of inadequacy when trying completing a task because perhaps you feel too small. I want to encourage you that little things can do big things. Let me rephrase. That is partial truth. The truth is little things can do big things when God is at the forefront. David definitely proves that.

The giants we often face can create fear in the mind. If we do not know where our identity lays it can cause a devastating battle in our mind. Think about it, not only was David faced with what appeared to be overwhelming odds physically, but he also encountered doubters from his own camp.

His brother Eliab heard, when David spoke to the men of what will happen to the man that kills Goliath? For who is this uncircumcised Philistine, that he should taunt the armies of the living God? (1 Samuel 17:26) David had a courageous spirit. Eliab says, why have you come here. Who is taking care of the sheep? You only came down because you are trying to see the battle. (1 Samuel 17:28) In other words, his brother could only see David from his perspective in the eyes of Eliab. David was only in the way and only capable of taking care of the sheep. We can truly underestimate the power of faith when God is behind us friend. I think it is interesting Eliab believed in the Lord but missed completely that God can use any means for His will to be accomplished.  David’s brother was defining him based on natural means but did not see little things can do big things when God is there.

David was also presented with doubt from King Saul. Then Saul said to David, you are not able to go against this Philistine to fight with him; for you are but a youth while he has been a warrior from his youth. (1 Samuel 17:33) Saul doubted because he was afraid of failure and could not get beyond his own thoughts of what it looked like. It looked like David was not qualified. Sometimes intentions of others can be in the right place but with the wrong motive.

We should not allow fear to be the reason that prevents us from not stepping out to trust God. Saul was not only afraid for David but he was afraid of losing the kingdom. A lot was at stake here. Think about it, David was just a little boy (teenager) and Saul’s entire army had been facing this giant daily and no one, from Israel, has stepped out to challenge him. The Philistine came forward morning and evening for forty days and took his stand. (1 Samuel 17:16) Why? They were paralyzed by fear. And the truth is Saul wanted David to be likeminded in his approach to be afraid to fight. All Saul could see was an inexperienced and young boy that had dreams. Some people don’t have the vision to go against the norm. To remind their hearts that they don’t have to fear with God. David was not the norm. David saw beyond those in the camp and David had a disdain for anyone that tried to doubt his God. And he was about to be used to bring God glory in a big way. 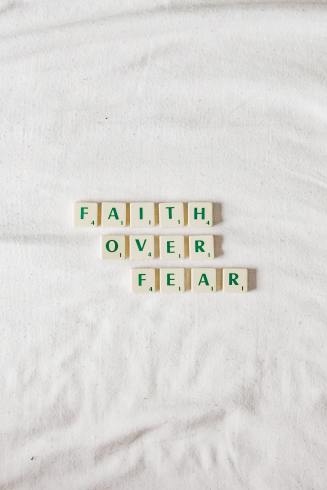 Has God called you to do something that seems against the norm? Does everyone and everything seems to be against you? Circumstances, doubt, fear, finances, resources, time. It may not be as big as a Goliath but whatever it is face it. My prayer is that you don’t let any of those reasons stop you from trusting God. If the Lord is for you who can be against you. (Romans 8:31) This was not just David doing something haphazardly but it was truly about proving the might of His God. It was not David seeking bragging rights or attention.

The next verse in this text is so powerful I think we miss what David was truly saying. David said, I’ve been a shepherd, tending sheep for my father. (v.34) The lifestyle of David had been one of protection before this moment. His protection was always for someone else’s interest. In this instance it was his father, Jesse and the sheep. But what David spoke to Saul had a two-fold meaning. David was saying this is nothing new to me sir. I was born for this. This is what I was called to do. Second, David was speaking his calling into the atmosphere in this very moment. I am doing the work that my father has called me to do. I have been tending the father’s business for a long time. Tending means to regularly or frequently behave in a particular way or to have a particular characteristic. You don’t have to really know what God has been preparing you for but you must be ready to respond when it presents itself.

Now here is the hard part -the self-reflection. I know what it’s like to feel doubt in my mind. To believe that where I have been or what I have been doing up to this point has no significance. You may feel as if no one sees how you have been working because you have been in a secluded place by yourself, behind the scenes. Don’t worry friend. Just know that when God is ready to present what you have been preparing for, God will let you know. He wants to make sure that there are no traces of self in our heart before He presents what we were created to do.

Remember, no matter how minor or major, it is all for the glory of God. If David had only wanted to go to the battle because he could defeat Goliath (self-reliance) but not for God’s glory, the battle might have been lost. Because David had God’s interest in mind with rocks to a swordfight, he was victorious. Now to Him who is able to do far more abundantly beyond all that we ask or think, according to the power that works within us. (Ephesians 3:20)

As we face the Goliath’s of today, Covid-19 and the rising death toll, racial tension and the future of our world, we don’t have to fear. We can be confident and courageous in knowing that we are backed by an Almighty God. Not only backed but He is the Rock in the fight. He is the one that is confident and reminds us that we are able to stand. David understood that the stones that he grabbed had no power in them. But the Rock that he was standing on represented the bedrock foundation of something bigger than him. Just as Peter understood when Christ reminded him. I say to you that you are Peter, and upon this rock I will build my church. (Matthew 16:18) Peter means a small stone (petros) but the word for rock (petra) means bedrock or large foundation. What Jesus foretold to Peter was parallel to what David used to fight against the giant Goliath.